(Colorado Springs, CO) – Paul Dallenbach Racing is pleased to announce the completion of qualifications for the 99thRunning of The Pikes Peak International Hill Climb. At the conclusion of Dallenbach’s qualifying session, he had improved his personal best and set a new class qualifying record with a time of 3:52.497. A mere .383 seconds separates him and 2nd place qualifier Codie Vahsholtz. 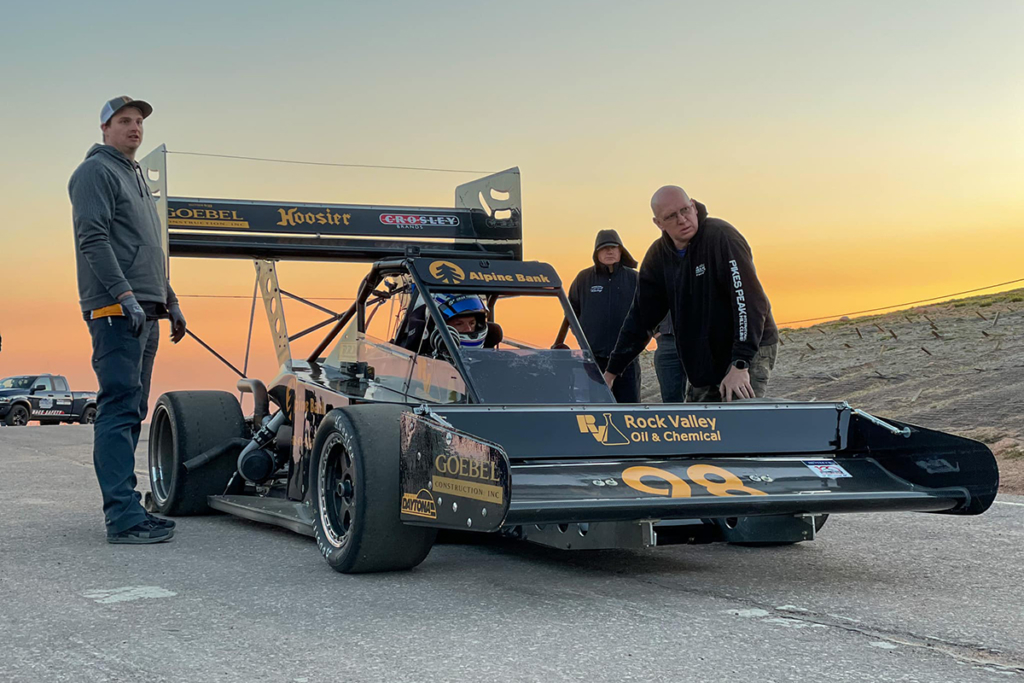 “We made a lot of progress over the last few weeks. Today was a good day, setting a new Open Wheel class qualifying record and personal best is a great way to prepare for race day. ” stated Dallenbach. “It will be a dog fight with Codie on Sunday as we are close in times. There is still more in the car and I always seem to squeeze a little more out of it on race day.”

“My team, Loophole Racing has been working day and night trying to make sure I have the best car under me each day. Our goal, as is every year is to set a new class record and I think this is good indication that we are on the right track.”

About the Race – The Pikes Peak International Hill Climb is the second oldest motor sports race in America – Only the Indianapolis 500 is older – and a longstanding tradition in Colorado Springs and the Pikes Peak Region. First competed in 1916, this year marks the 98th running of the “Race to the Clouds.” The running of the race will take place on Sunday, June 30th with race related events during the preceding week. The infamous race is run on a 12.42 mile course with 156 turns that begins at 9,390 feet and finish at the 14,110 foot summit of America’s Mountain – where America the Beautiful was penned – Pikes Peak! As the gutsy drivers climb toward the summit, the thin air slows reflexes and saps physical muscle strength. The thin air – two miles above sea level – also robs engines of 30% of their power at the summit. Competitors and vehicles must be in top shape simply to finish…let alone win!

There is no other racecourse in the world like the Pikes Peak International Hill Climb. It attracts race crews that are willing to spend several hundred thousand dollars and months of preparation to compete for the right to be the King of the Mountain.

For more information on Paul Dallenbach please go to http://www.facebook.com/pauldallenbachracing. Paul can also be seen on other social networks such as Instagram(@pauldallenbach98)